Our week in the snow in Breckenridge, CO 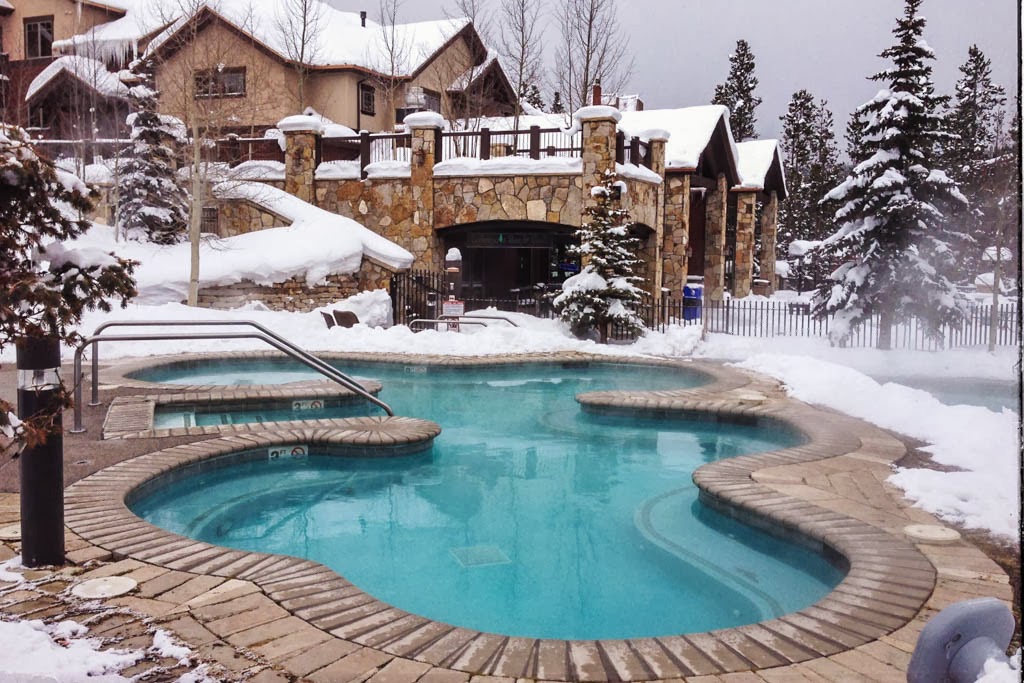 This is one of 5 hot tubs at Grand Timber Lodge in Breckenridge.  After the ski lifts close all of these hot tubs will be filled with folks sharing stories about their daily adventures. 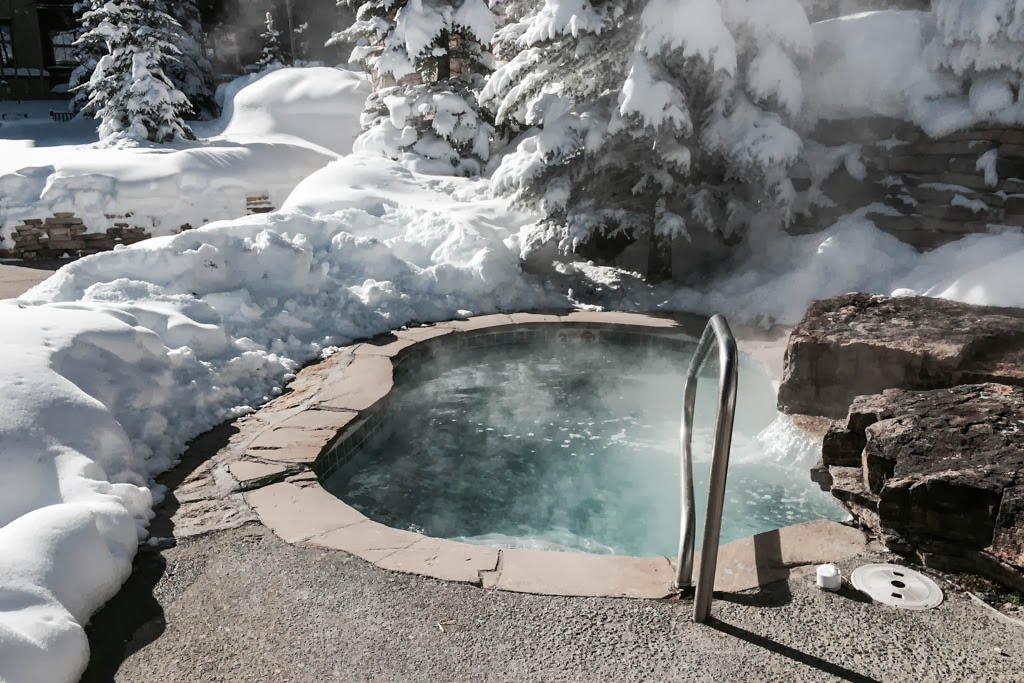 This is one of the more intimate hot tubs at the Lodge.  These are in the courtyard at the original Buildings 1-4.  They were pretty much a secret until now.  They are Lynn's favorite. 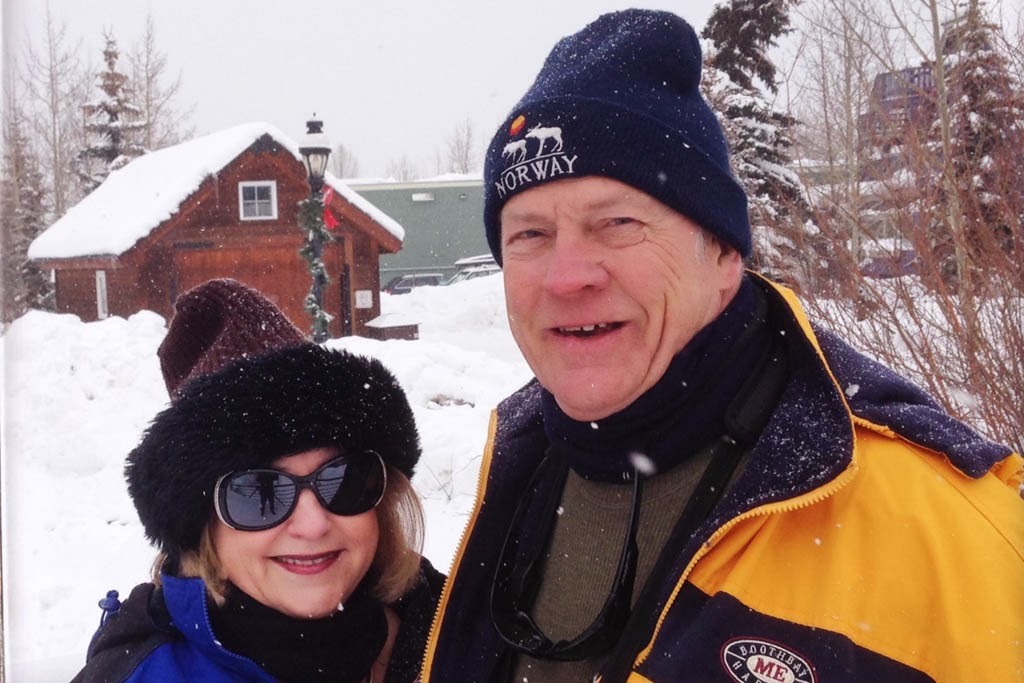 Lynn and I walked along the frozen Blue River behind the shops on Breckenridge's Main Street...a great place for a few environmental photos. 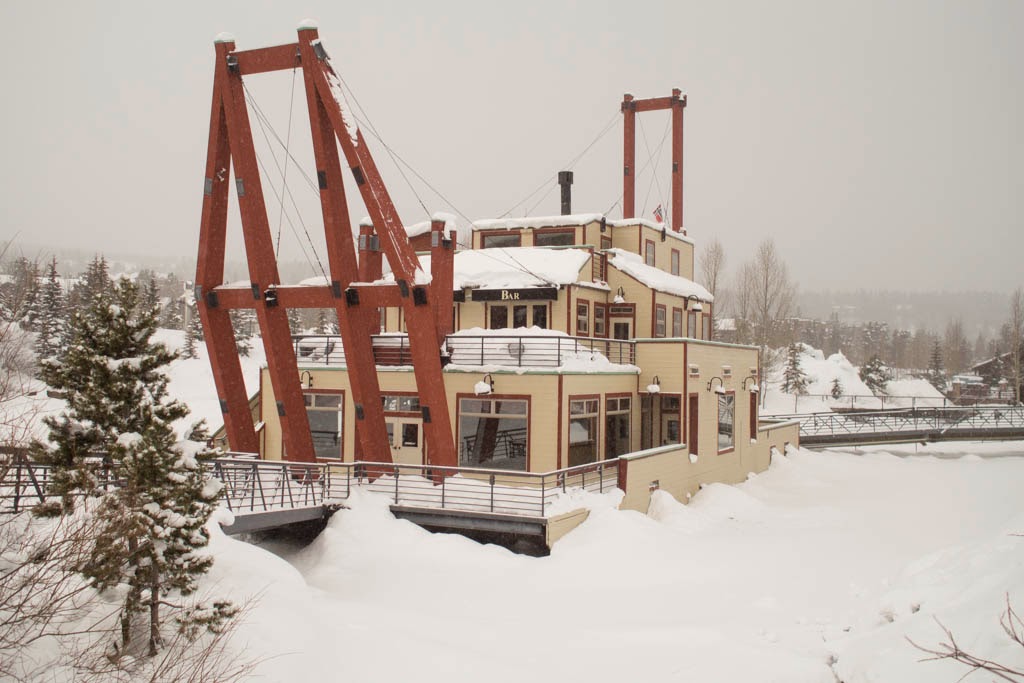 This is The Dredge...an old dredge that is in the middle of the Blue River..now dressed up as a restaurant.

(right) I am in front of a one acre Ice Palace...a new attraction in Breckenridge.  We were cold enough outside, but for the hearty, you could purchase tickets to go inside.

My tip for this edition of the blog: Carry a camera wherever you go.  And, it doesn't have to be a DSLR either.  Most of these photos were taken with a Panasonic DMC-LF1 camera that is smaller than my iPhone.  If you aren't carrying a camera, you won't get the shot!

Taking advantage if the Big Snow! 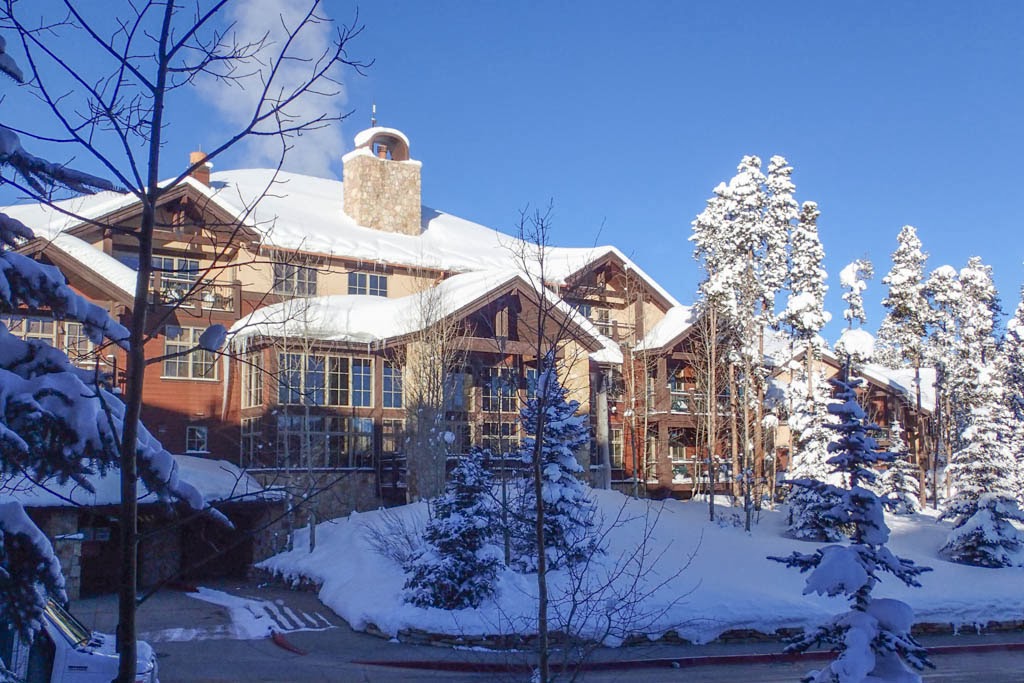 When it gets cold up north as Florida residents we go skiing. This is a view from our place at Grand Timber Lodge in Breckenridge that I took yesterday with my iPhone and edited in Nik Snapseed.  This is an annual vacation for us, but I can't resist taking a few photos.
Posted by Lynn at 8:10 AM No comments: