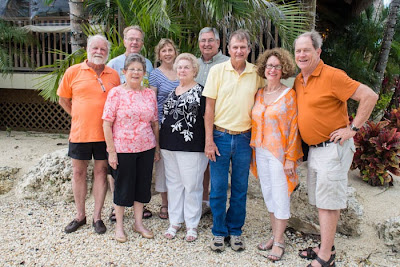 This is a photo of my Marathon (Florida Keys) High School graduating class. We got together last month to celebrate our 50 Year high school reunion. Interestingly, our class was small with only 26 classmates. I think that a showing of 33% was pretty great. Our short time together was wonderful. We shared so many terrific memories.  I took the picture...time delay on a tripod.  (Camera: Olympus OM-D E5...Olympus 17mm 1.8 lens.
Posted by Lynn at 1:10 PM No comments:

My New RSS Reader is Feedly

I have been a fan of RSS feeds forever.  I added Feedler Pro Reader a few years ago.  Feedler was fed content by Google Reader.  As most of you already know Google Reader was discontinued on July 1, however they gave subscribers until July 15 to remove their subscriptions and move them to another reader. I loved Feedler Pro, but they were a victim of the Google Reader departure.   After a bit of research I decided to move my subscriptions over to the free app, Feedly. According to Wikipedia  "If you want to retain your Reader data, including subscriptions, you can do so through Google Takeout."  I followed their advice after adding Feedly and then unzipping and loading the file created by Google Takeout.  I was up and running in minutes.  I checked my PC, my iPhone and my iPad and all of the subscriptions were on all devices.

I am a happy camper.