A friend and I had the opportunity to photograph some Burrowing Owls this past Tuesday in the Cape Coral-Punta Gorda, Florida.  These cute little fellas live in the ground on vacant lots in this area.  They are protected by the Florida Fish and Wildlife Conservation Commission.  The nests are marked.  It is important to stay as far back from the nests as possible in order not to stress the birds.  A highlight of this trip was the opportunity to photograph the Burrowing Owls fighting over a snake.  here are a few photos. 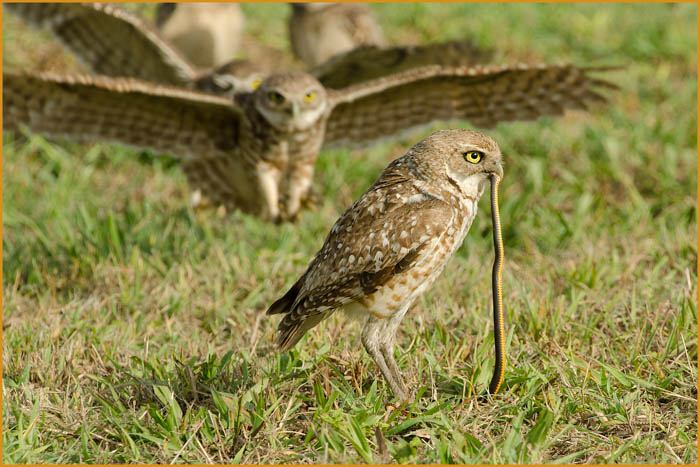 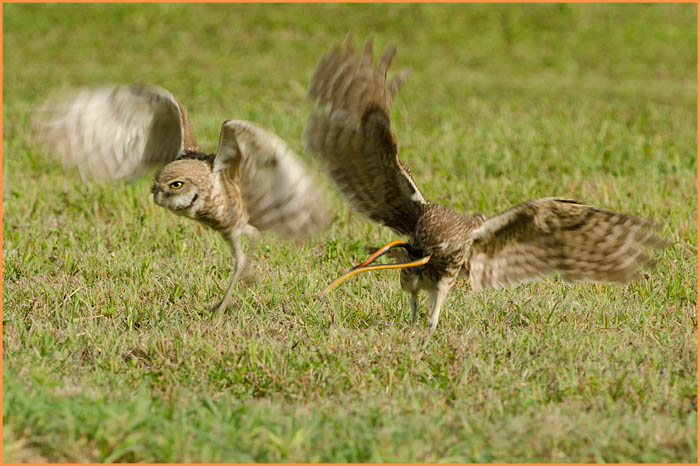 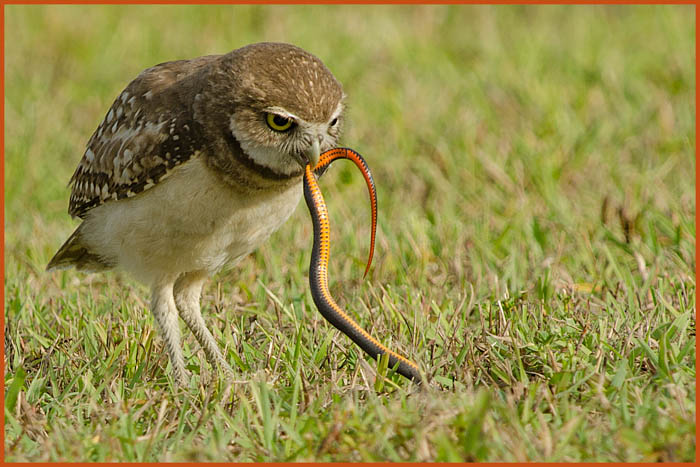 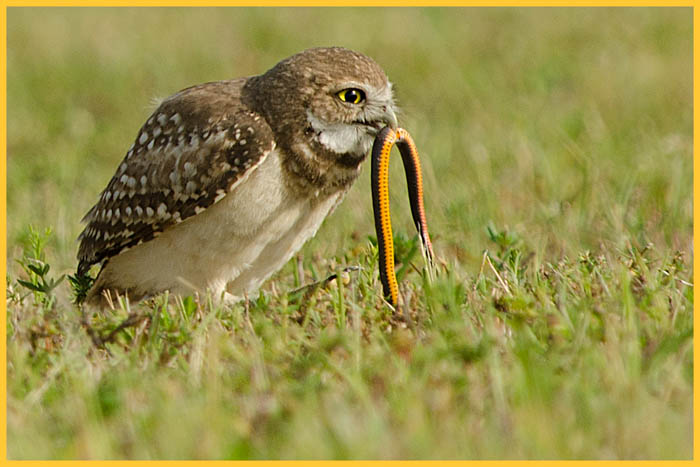 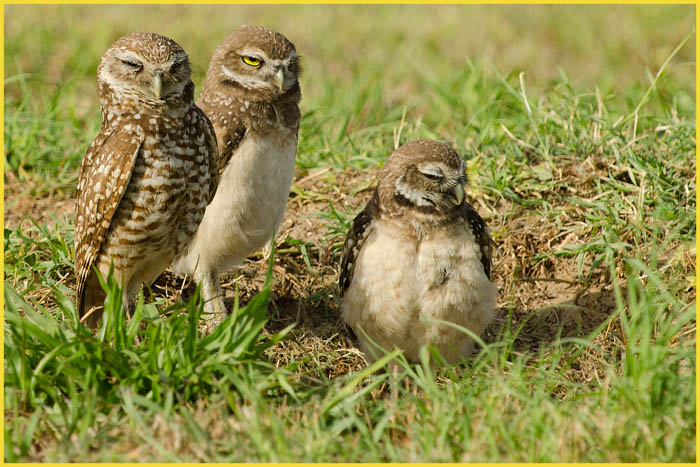 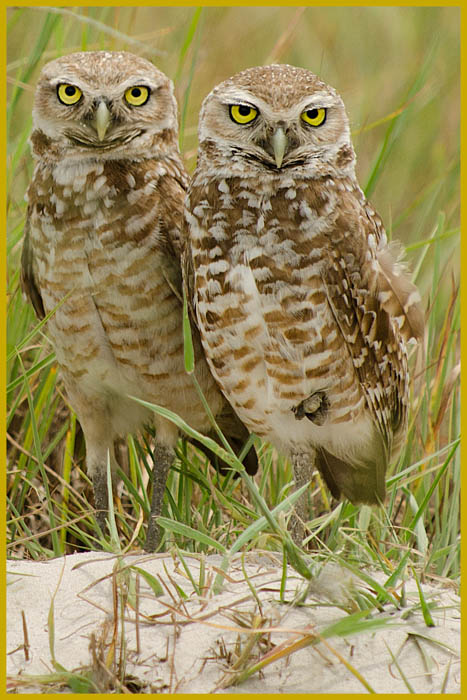 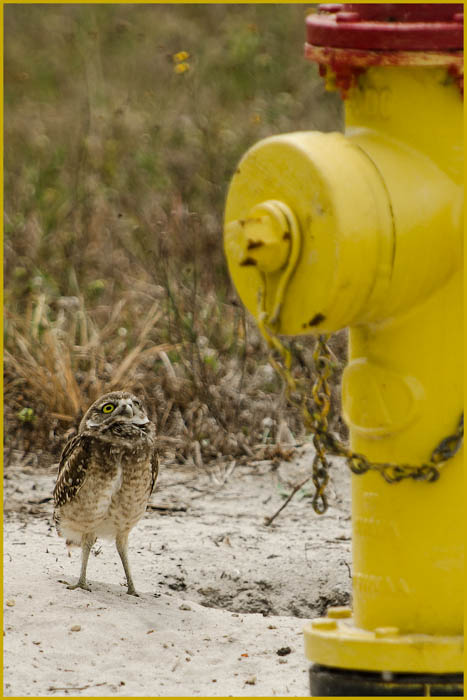 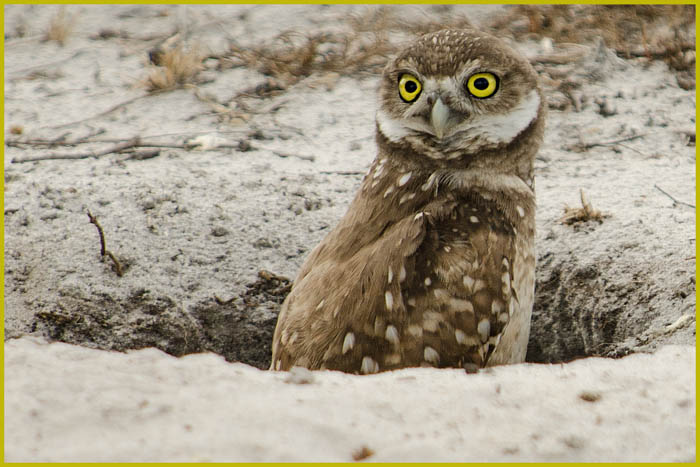 Memorial Day 2013 - I just noticed that Mt. Evans in Colorado, the highest paved road in the United States is now open..weather permitting.  I am sharing a few of my favorite wildlife photos from one of my trips to Mt. Evans 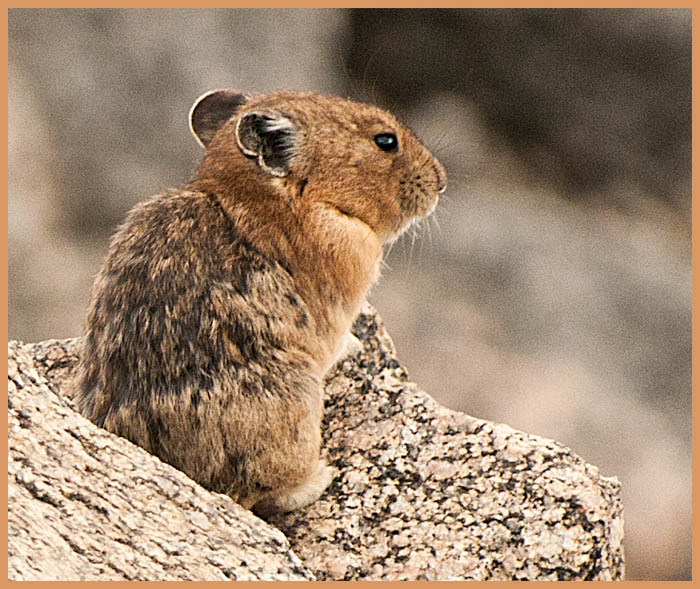 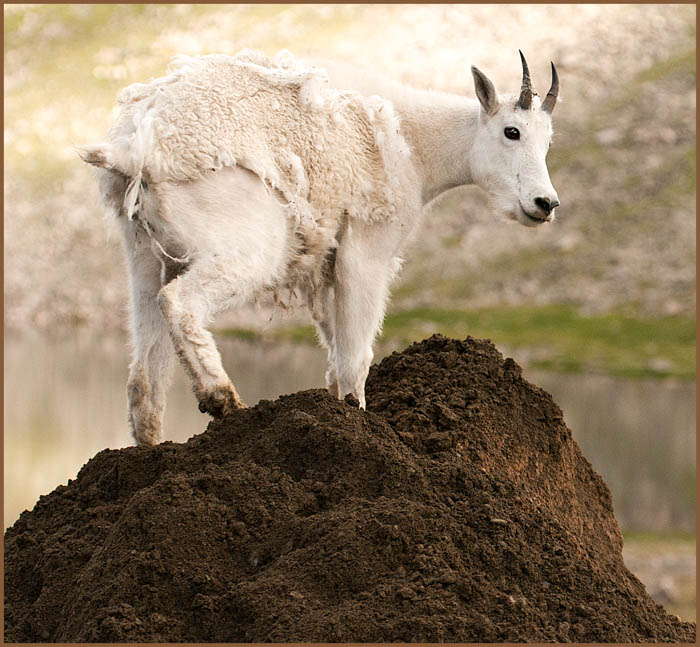 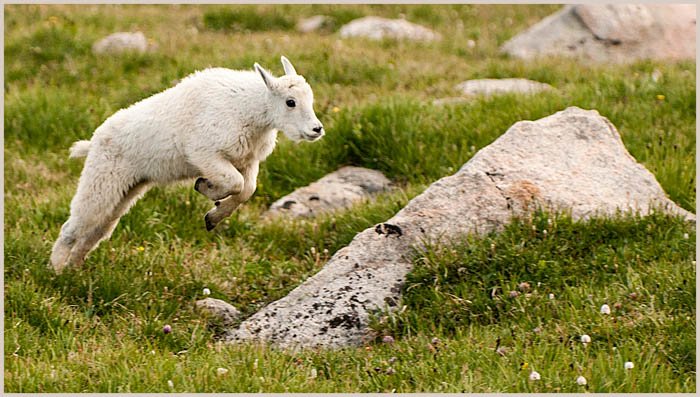 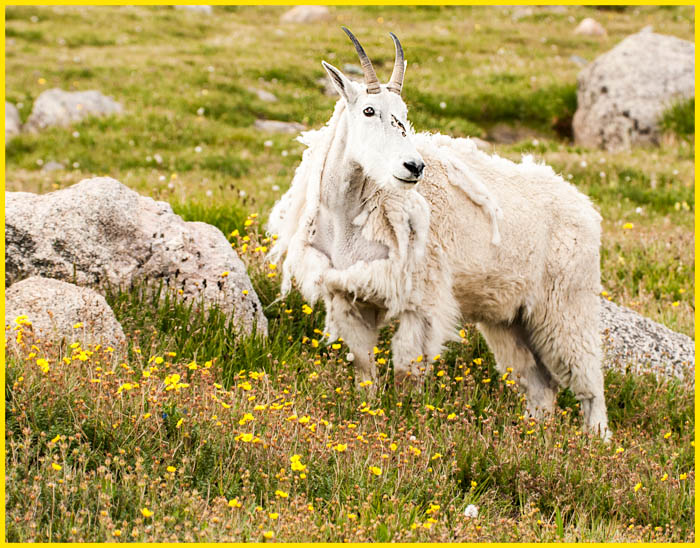 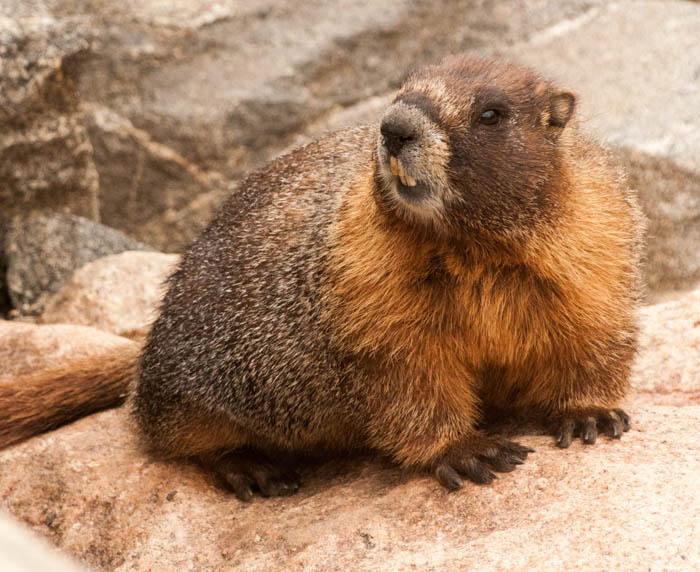 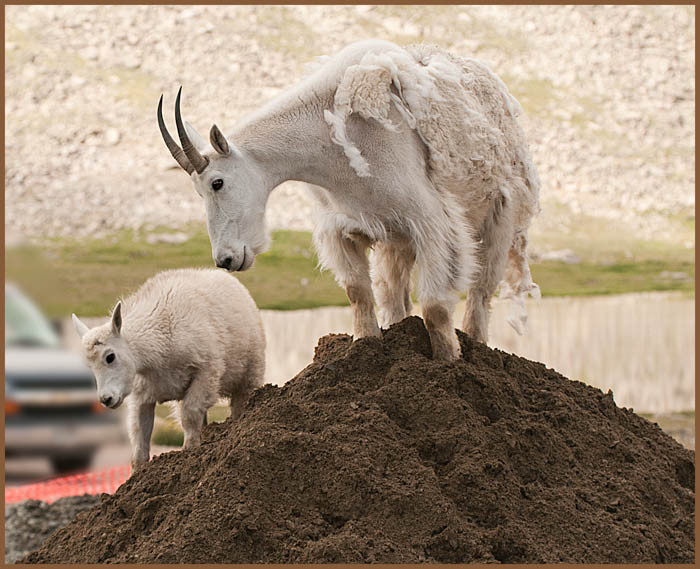 Mt. Evans is most popular for the great number of mountain goats.  I don't think that there is anyplace on the planet that rivals this.  I have seen as many as 20 mountain goats at one time here.  They usually congregate either at Summit Lake or at the Summit of the mountain.

This is one of the most dramatic views that I have seen.  I shot the 2 bays, Oponohu and Cook's surrounding the dormant volcano from Magic Mountain on Moorea.  It is an HDR shot with an Olympus OM-D EM5.  I spent a day on Moorea with pro photographer Renaud Sayada.  Renaud (Reno) gets the credit for getting me to this magical place 220 meters above paradise.
Posted by Lynn at 7:06 AM No comments: 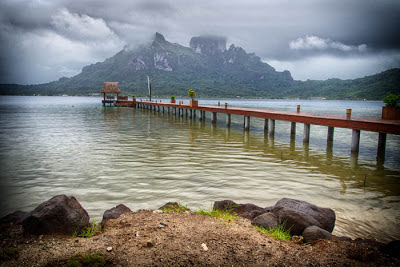 Looking Toward Moorea, French Society Islands. Some call this Bali Hai!
Posted by Lynn at 9:06 PM No comments:

May Day in Tahiti


It was May 1. May Day...an observed national and religious holiday here in the French Society Islands. We decided to take a drive and get our bearings. Papeete is not a big city but it is not a village either. Approximately 180,000 people live here. Buildings a generally not more than 2 stories. Most of the commerce is done right along the Pacific. We learned from the concierge at the hotel that the 2 big things to do in Tahiti in addition to water sports are a twisty drive up a mountain to see the view and to have dinner. He said that the drive and view are great, but that the food in the restaurant would not be memorable.  He said don't do this trip if the mountain is clouded over as it was on this day.   The other highlight is eating dinner at the food trucks that are setup at sunset at a small paved park in Papeete.

We stopped at a nearby grocery store for a few things, mostly soda and water. We wanted to get some wine for the room, but no liquor was sold on this holiday. We drove into town and walked. We stopped at Les 3 Brasseurs..a patio bar across from the ferry terminal for  a pitcher of their home brewed dark beer.  It was very good. This was relaxing.

We returned to the hotel after our drive. We bought snorkel gear at an outdoor store before we left Florida. I decided to try my new mask an snorkel out in the lagoon in front of the Intercontinental. The ladies wanted to catch some rays. I was thrilled with the diving gear. I was also impressed with the assortment of tropical fish that were abundant here..trigger fish, parrot fish, mullet and many other beautiful species. After our time on the beach we returned to our rooms to get ready for the evening.


Tuesday, April 30 - Delta night flight from TPA to LAX was uneventful. Flight was comfortable, nice leather seats. Our later flight to PPT required a connection to Air France.  Lots of construction at LAX...a long walk to Terminal 2 after some bad gate information from the Delta folks.  But, once at Air France, and another security check, we still had at least an hour before our 8+ hour onward flight to Papeete. Arrival was early in Papeete. We had to wait for our gate. Tahiti immigration was much too long. 2 hours standing in line in a non-airconditioned terminal can be a pain.

Four of us were traveling together. We had rented the cheapest economy car from Hertz, but the kind rental agent upgraded us to a Kia Soul. Incidentally the daily rate was about $40 US, but we also had to pay .58 per kilometer traveled and we like to drive!  The Kia is not  a large car by any means, but we were able to get our 8 pieces of luggage into the car for our short drive to our nearby hotel, The Intercontinental Tahiti. This is a large 3 story sprawling hotel on the Pacific Ocean. Our room is a standard room with a balcony and a lagoon view...palm trees, the Pacific an an occasional sailboat or kayak in the view. It is not a large room, but it is comfortable with a queen size bed, a desk a dresser and an average size bathroom.

We stopped in our new accommodations for about 30 minutes to freshen up.  The stopper in the sink wouldn't open. The small refrigerator needed to be defrosted. We called housekeeping. They took care of both issues immediately.  An American  Breakfast was included with our room.  We had fruits, eggs and coffee...a nice start to our Tahiti adventure. We will spend 3 nights in this hotel.